Levan Karanadze has resigned from the position of Director of the Civil Aviation Agency of the Ministry of Economy and Sustainable Development and continues his activities at Sakaeronavigatsia, where he has already been appointed a member of the Supervisory Board, and it is planned to elect him as Chairman of the Supervisory Board in the future.

Levan Karanadze was appointed as Head of the Georgian Civil Aviation Agency (GCAA) in December 2018. Until December 2018, he served as the first deputy director of the Agency, and since 2013, he held the position of deputy director. In 2011-2013, he headed the Air Navigation Services Department of the Agency. Prior to joining the Agency, Levan Karanadze worked as the Head of the ANS division of the United Transport Administration, and in 2008-2011 he worked as an air traffic controller at Sakaeronavigatsia.

Levan Karanadze holds high positions in international aviation organizations. Since November 2019, he is the Vice-President of the EUROCONTROL Provisional Board (elected for a second term from 11.2021). Levan Karanadze served as vice-president during the 40th ICAO Assembly in 2019. Since March 2019, he has been the Deputy Chairman of the Meeting of the Directors of Civil Aviation of the ICAO European and North Atlantic Regions (EURNAT-DGCA) . In December 2019 he was appointed as the deputy chairman of ICAO’s European Region Aviation Systems Planning Group (EASPG), and since November 2021, he has been the chairman of the same Group. In 2015-2017, Levan Karanadze served as project leader for the EU-funded Public Service Twining Project (TWINNING) on “Legal approximation of Georgian aviation regulations with EU Standards”.

Levan Karanadze has a Master’s degree in Aviation. He still maintains the status of an air traffic controller and holds the relevant certificate. Along with that, Levan Karanadze was the Air Traffic Management Safety Inspector (ATM) of the Agency. Levan Karanadze holds an ICAO English Level 5 certificate and he was an English language proficiency examiner at Tbilisi International Aviation Training Center in 2008-2011. 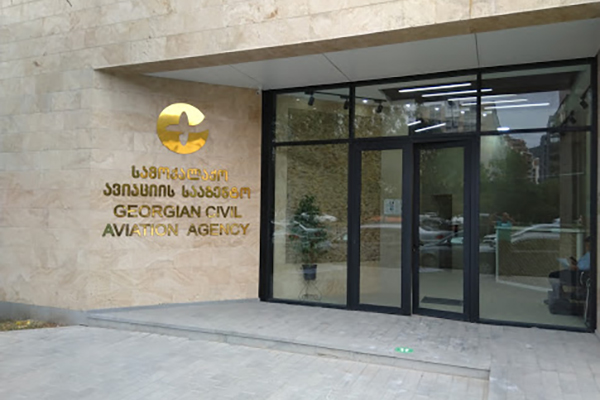